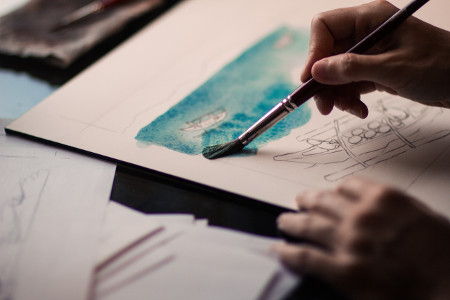 The paper is a study of British colonialism in which India can be studied as a classic case of British Imperialism. The historical context has been undertaken with a holistic interpretation of different approaches and interpretations such as Colonialist, Nationalist, Marxist, Subaltern, and Gandhian. The construction of the colonial state in north and south India followed constitutional changes which further enhanced to establish British control. Indian nationalism responded starting with peasant and tribal revolts, mutiny of 1857, emergence of Indian National Congress, militant movements, Subhas Bose, feminist movements

Building upon a prior basic knowledge of the history of ancient India, this course introduces the student to the major currents in the study of that history. It focusses on the the political processes that underlay the structures of the state and society but also takes the student into the details of social and cultural history.

This paper seeks to examine the major political developments in the Indian subcontinent during a span of nearly five centuries i.e. from the thirteenth to the seventeenth century. It aims at an in-depth analysis of the processes of state formation in the Delhi Sultanate and Mughal Empire. It lays emphasis on (1) the long-term strategies that enabled these two states to establish political control and (2) to explore the functioning of political institutions and the articulation of political ideologies. It pays equal attention to the changing composition of the ruling class as well as the response of the powerful local elements.

Contact us for any query related to LMS on